The Evolution of Building Code and Standards 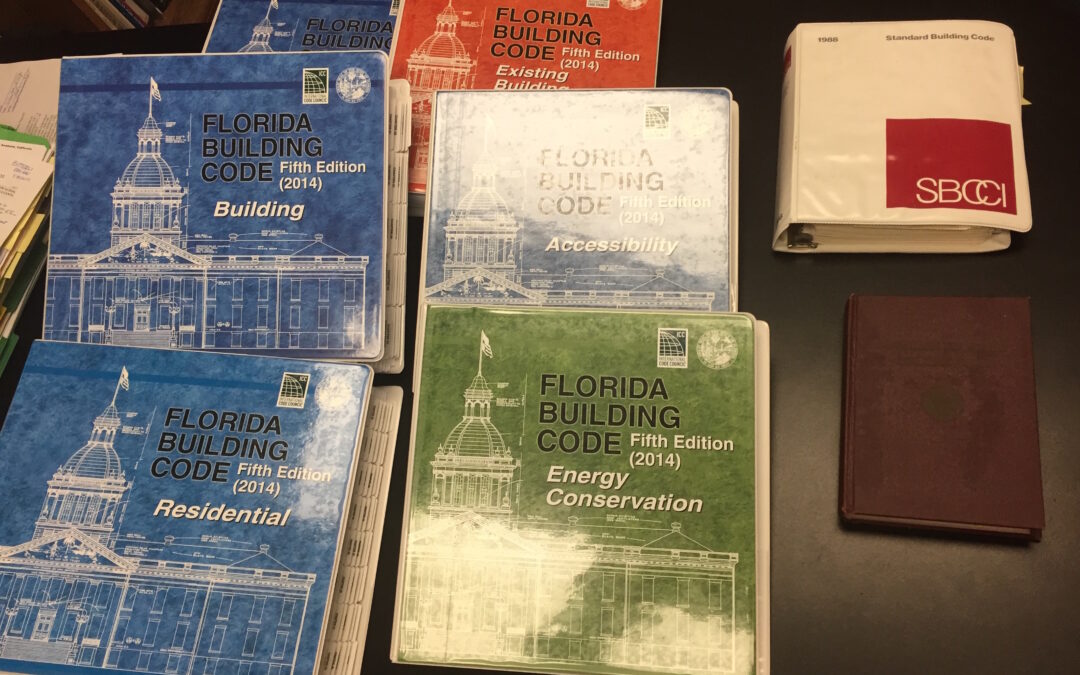 How to meet building code isn’t something you Google.

Staying in compliance with building standards and regulations can be challenging for builders and architects. You know that evolution is inevitable, but how do you keep up with the changes?

When Ivy Group President Bob Bitterli opened Bitterli & Associates Architects, Inc. 30 years ago, the building code he worked with was vastly different from what Floridians use today. The image above illustrates just how much longer and more complex Florida’s building code requirements alone have become over the past five decades. Back in 1965, the entirety of the standard building code could be summed and contained in a single small, bound book, as pictured above in the lower right corner.

By 1988, that same code had become obsolete to the point of incomparability. Beyond the details of the code’s physical binding, its contents had changed. Under the direction of expert committees, which advised on, wrote, and approved code amendments, the Florida Building Code more than doubled in size.

As building forensic investigators, and architectural and building envelope consultants, it’s been a priority for our team to not only stay on top of changes as they arise, but to keep ahead of them through professional involvement in reviewing and developing building standards.

Ivy Group’s Principal Building Scientist Mitch Wright is a voting member of ASTM technical committees that research and develop standards for exterior wall systems, and applications of gypsum and other products. Senior Consultant Jack Townley is a member of the International Code Council. And as a voting member of the Building Structural Technical Advisory Committee of the Florida Building Commission from 1998-2006, Bob Bitterli was part of the team that literally wrote the code.

Contact our experts for answers to your building code and standards questions.